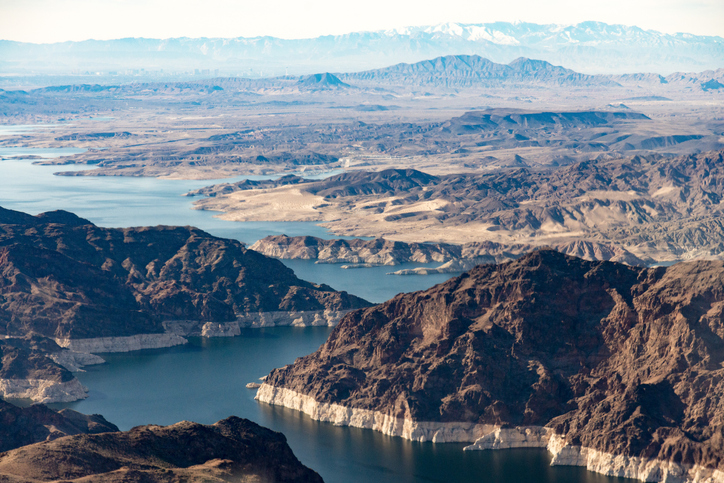 10 Past and Recent Facts About The Colorado River

Whether you live right around the bend or you’re traveling a great distance to enjoy the breathtaking beauty of the Colorado River, chances are you already know a fact or two about this great river.

However, there’s still so much more to learn and understand. Facts about the mighty Colorado River are as long as the river itself. Before you come out to enjoy the sun, water, and adventure of Lake Mead Mohave Adventures and the rest of the Lake Mead National Recreation Area, here are ten interesting past and recent facts about the Colorado River.

1. Depth of the River

The average depth of the river is 20 feet. While in places it gets as shallow as six feet, there are also places around the river with a depth of over 90 feet.

At one point in time, the Colorado River did flow directly into the Sea of Cortez. Also known as the Gulf of California, the water made its way down through Arizona into Mexico and out to the sea. Now, however, due to significant damming as well as lower water levels due to drought, the river now barely makes it to Mexico, and it no longer reaches the Sea of Cortez.

3. States of the Colorado River

The Colorado River has more dams than any other river in the United States. In total, there are 15 dams on the Colorado River, all of which are used to pool water for irrigation and generate electricity.

Six of the 15 Colorado River dams are specifically designed for irrigation and do not generate electricity. However, the other nine dams generate just under 9 million kilowatt-hours worth of power every year. Almost 4 million of this is from the Hoover Dam, with the Glen River Dam just behind it at nearly 3.5 million kilowatt hours.

The Hoover Dam, which is responsible for the creation of Lake Mead, is the best known and largest of the dams on the Colorado River. Yet, it was not the first dam constructed on the river.

The last Colorado River dam was the Windy Gap Dam in Colorado. It was completed in 1970.

When Parker Dam was built back in 1938, it created Lake Havasu. By 1964, Robert McCulloch had purchased much of the land and wanted to build a community around the lake. To do so, he wanted a tourist attraction nobody could turn down, so McCulloch purchased the London Bridge.

Two years prior, the city of London realized its current bridge could no longer support the weight of passing auto traffic, something for which it was not originally designed to do. Robert McCulloch bought it off the city’s hands for $2.46 million. The bridge was then dismantled and reassembled, brick-by-brick, above the lake in the Arizona city.

The bridge is still in Lake Havasu and visitors can walk the bridge, as well as photograph themselves in one of the famous red London phone booths. The city has also become a popular spring break destination for both Arizona and California citizens.

While the Colorado River is still mighty, it’s not what it once was. After numerous geological surveys were performed, it was determined that the river had lost around 20 percent of its size over the last century.

About half of the water lost is attributed to rising temperatures. The other 50 percent is due to a number of issues, ranging from mis-management of the water to over-damming the river (a century ago only three of the 15 currently constructed dams were in existence).

While the Colorado River is one of the largest rivers in the United States, it is relatively small when compared to other rivers around the world. In fact, based on length, the Colorado river is the 46th longest river in the world.

The construction of the Hoover Dam created Lake Mead. This development made the lake an instant attraction for people throughout the region. It’s just 24 miles east of Las Vegas, providing visitors to Sin City with an entirely different experience.

Lake Mead is 112 miles in length, and it is 532 feet at its greatest depth. If you are interested in taking advantage of everything the lake has to offer, it is recommended to invest in the America the Beautiful National Parks Pass. This will give you access to not only Lake Mead (for as many days as you like during a calendar year), but any other national park, forest, and most other points of interest.

These are just a handful of the most interesting facts about the Colorado River. But the best way to experience its natural beauty and the life-giving properties it offers to communities throughout the United States is to come out for a visit. From renting a houseboat at Cottonwood Cove Resort & Marina to taking a load off at Echo Bay RV Village, there’s something for everyone at one of the many Lake Mead Mohave Adventure properties. Just bring yourself. Lake Mead and the Colorado River will provide the adventure.

Guest Services is an authorized concessioner of the National Park Service and state and public agencies, and operates under special use permits with the USDA Forest Service. Guest Services is a Committed Equal Opportunity Service Provider.

Any cookies that may not be particularly necessary for the website to function and is used specifically to collect user personal data via analytics, ads, other embedded contents are termed as non-necessary cookies. It is mandatory to procure user consent prior to running these cookies on your website.